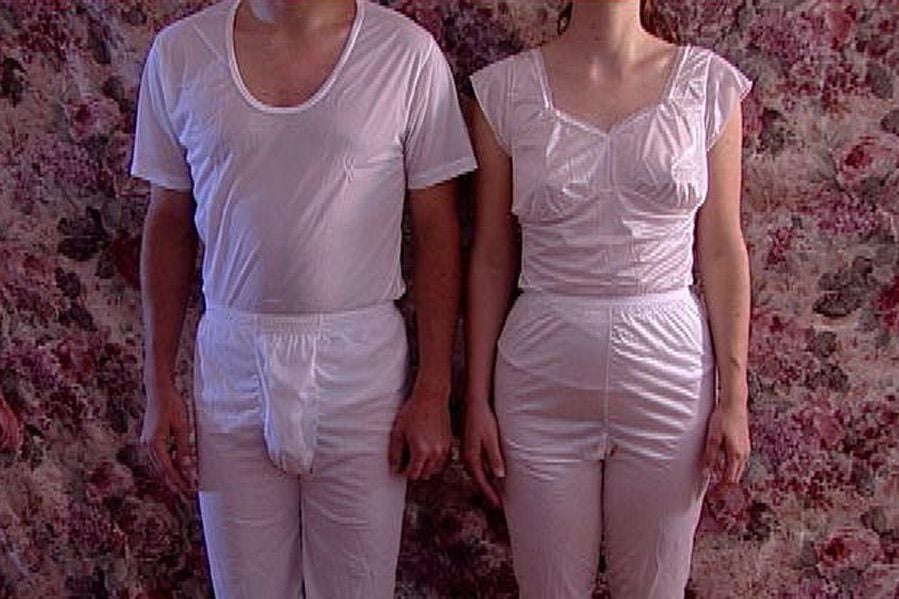 There are a few things to know about Mormon underwear, also called garments.

For starters, only Mormons who have taken specific religious vows wear them.

The undergarments are considered sacred and must be treated with care and respect.

But there is much more that you can and should know about this topic. That’s why I decided to write this article, to clarify all your doubts!

Mormon clothing is not used haphazardly. There is a reason behind the clothing worn by members of the religion. Discover 9 of these reasons below!

In the Mormon faith, underwear is considered sacred and is only to be worn by those who have taken specific religious vows.

These vows are taken during a Mormon temple ceremony, where participants make promises to God to live according to Mormon teachings.

Wearing Mormon underwear is seen as a way of following these promises and keeping oneself pure.

The sacred nature of the underwear also serves as a reminder to stay true to one’s religious beliefs.

Mormon underwear, also known as temple garments, are considered sacred by members of the Church of Jesus Christ of Latter-day Saints.

They are worn as a reminder of the covenants made with God and are to be kept clean and dry at all times.

Mormonism teaches that the body is a temple and should be treated with respect. Wearing temple garments is one way to show respect for the body.

Keeping them clean and dry is important because it helps preserve the integrity of the fabric and prevents stains from setting in.

Wearing undergarments is an outward expression of an inward commitment to live a moral life.

These garments are considered to be sacred and are meant to be worn close to the skin, day and night.

There are a few reasons for this:

Mormons believe that the body is a sacred temple and that wearing the temple garment helps them to keep their bodies clean and pure.

In the Mormon faith, there is a principle known as the “law of chastity” which prohibits members from engaging in sexual relations outside of marriage.

This law also extends to clothing, and Mormons are advised not to wear the garments of other people.

Mormonism teaches that the body is a temple and should be treated with respect.

Wearing the garments of other people would be considered disrespectful to one’s own body and would also be a form of sexual immorality.

The law of chastity is an essential part of Mormonism because it helps members to remain pure and focused on their religious beliefs.

Wearing the garments of other people would be a distraction from following this law and could lead to temptation and sin.

5) Don’t wear your underwear over other pieces of clothing

Mormon undergarments are considered sacred and are to be worn next to the skin, day and night.

They are not to be removed, even for activities like swimming or showering.

The only exception is during childbirth.

Mormons believe that the undergarments protect them from physical and spiritual danger.

They also believe that wearing the undergarments reminds them of the covenants they have made with God.

So, even on a cool day, when you might be tempted to put on a pair of jeans over your long underwear, remember that it’s against Mormon rules.

Mormonism is a religion that believes in cleanliness and modesty.

One of the ways they practice this is by not wearing undergarments to bed.

This is because they believe that the body is a temple and should be treated with respect.

Additionally, they believe that undergarments can be a source of uncleanliness and modesty.

So, if you’re Mormon, make sure to take your underwear off before you go to bed.

7) Dry the Underwear in direct sunlight

When it comes to underwear, the rule of Mormonism states that they should be hung in a clean, well-ventilated place to dry naturally.

This is because wet underwear can lead to the growth of mold and mildew.

Additionally, hanging them in a well-ventilated place will help to prevent them from becoming musty.

8) The underwear should be seen only by the wearer

Mormon underwear, also known as temple garments, is not meant to be seen by anyone other than the person wearing it.

The garments are worn as a reminder of the covenants made with God and are considered sacred and holy.

There are strict rules about when and where the garments can be removed, and they must be washed in a special way.

Anyone who sees another person’s temple garment is supposed to respect the wearer’s privacy and not ask any questions about it.

9) Ensure that your garment is comfortable and fits well

Mormon underwear should be comfortable and fit well.

This is because the garment needs to be worn at all times, even during activities like sleeping or exercising.

Mormon underwear is a garment that is worn at all times, even during activities like sleeping.

The underwear should be comfortable and fit well because it needs to be worn constantly.

Mormon underwear is usually white and made of cotton. It is important that the underwear is comfortable so that it can be worn for long periods of time.

Mormon underwear should also fit well so that it does not cause any discomfort.