Why do Mormons Wear Garments? 9 Reasons You Should Know 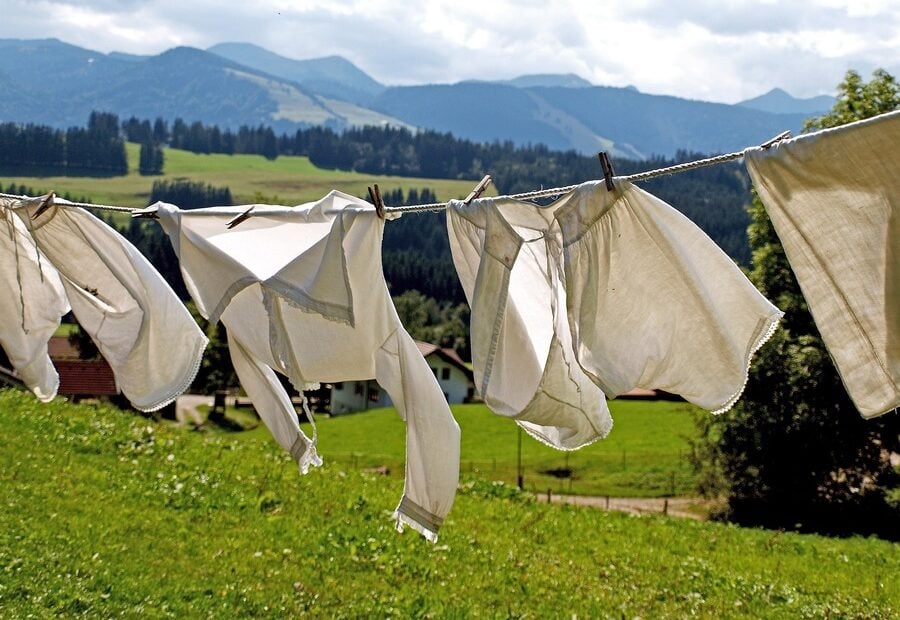 Today I’m going to talk about something that interests me a lot and that you will certainly love to know too.

Read on below and learn everything you need to know!

Well, here are the 9 reasons why Mormons wear garments. Let‘s discuss these reasons in more detail.

1) It is an important part of their beliefs

Mormon garments are special underwear that Mormons wear as a reminder of the covenants they make with God.

Mormons believe that when they make covenants with God, they are agreeing to obey His laws and follow His will for their lives.

Wearing garments is a physical representation of those covenants.

Mormons believe that garments are sacred and should be treated with respect.

They believe that it is not to be removed in public, except in certain situations such as swimming or changing clothes.

Some people outside of the Mormon faith view the practice of wearing garments as strange or even cult-like.

But for Mormons, wearing garments is a way to show their commitment to God and His will for their lives.

Purity is one of the tenets of the Mormon faith. This is why they wear garments at all times.

According to the Church of Jesus Christ of Latter-day Saints, or the Mormon Church, purity is defined as “the state of being clean and undefiled.”

In short, purity is about keeping oneself morally clean and free from sin.

It also means covering the body every time via the use of garments.

The Mormon faith believes that garments are a means of staying focused on the will of God.

This is one of the reasons why Mormon missionaries cover every part of their body.

Mormon missionaries are required to dress conservatively to help them focus on their work and avoid temptation.

While some missionaries may view this as a hindrance, others believe that it helps them stay focused on their work.

4) While on the mission field, garments show deep respect for Culture

In many cultures, clothing is seen as a sign of respect.

By wearing the appropriate clothing, missionaries can show that they are respectful of the local culture.

In addition, wearing garments can help missionaries to blend in with the local community.

In some cultures, foreigners are easily identified by their clothing.

By wearing garments, missionaries can avoid standing out and can more easily blend into the community.

Finally, wearing garments can help to protect missionaries from the elements. In some parts of the world, the weather can be extreme.

Wearing garments can help to protect missionaries from the sun and cold weather.

Mormon garments are special underwear that members of The Church of Jesus Christ of Latter-day Saints (LDS Church) wear.

They consider it a sacred and personal part of their faith.

Mormons who wear garments often feel closer to God and more connected to their faith.

Many Mormons say that when they put on their garments, they are reminded of the covenants they have made with God.

They believe that wearing the garment is a way to show respect for those covenants.

It is also a reminder to stay true to their beliefs and live a good life.

Mormons who wear garments often say that they feel protected from evil forces when they are wearing them.

They also feel a sense of peace and calmness. Wearing Mormon garments is a sign of faith and commitment for many Mormons.

7) A show of respect for their faith

Mormonism is a religion that is based on the teachings of Jesus Christ.

One of the main tenets of the Mormon religion is that people should show respect for their fellow human beings.

One way that Mormons show respect for their religion and its teachings is by wearing specific clothing items.

Some examples of clothing items that Mormons wear to show respect for their religion include modest dresses, skirts, blouses for women and slacks, dress shirts, and ties for men.

Mormons also avoid wearing clothing that is flashy or revealing.

Wearing these garments is seen as a way to show respect for the Mormon religion and its teachings.

It is also seen as a way to show respect for oneself and one’s body.

By wearing modest clothing, Mormons can focus on their spiritual journey rather than on their physical appearance.

8) To show commitment to the Mormon Temple Endowment Ceremony

The Mormon temple endowment ceremony is a religious ritual that is performed by members of the Church of Jesus Christ of Latter-day Saints.

The endowment is a sacred ordinance that is a component of the LDS temple.

In the endowment, participants make covenants with God and receive instructions about the gospel plan.

The endowment also includes washing and anointing ordinances, which are symbolic of spiritual cleansing and preparation.

One of the ways to show commitment to this is by wearing garments.

It reveals that you are ready to follow the instructions of Jesus Christ and remain committed to his covenant.

9) It reminds them to live a moral life

When Mormon missionaries knock on doors around the world, they are easily identified by their clean-cut appearance and their simple, yet stylish clothing.

While some may view the clothing as a uniform, for Mormons, it is a reminder of their commitment to live moral lives.

Mormon missionaries are required to dress in modest clothing that adheres to the standards set forth by The Church of Jesus Christ of Latter-day Saints.

This includes wearing dresses or skirts for women and slacks and collared shirts for men.

While this may seem like a small thing, it is an important part of living a moral life according to Mormon standards.