Why do Mormons Wear Special Underwear? My Opinion 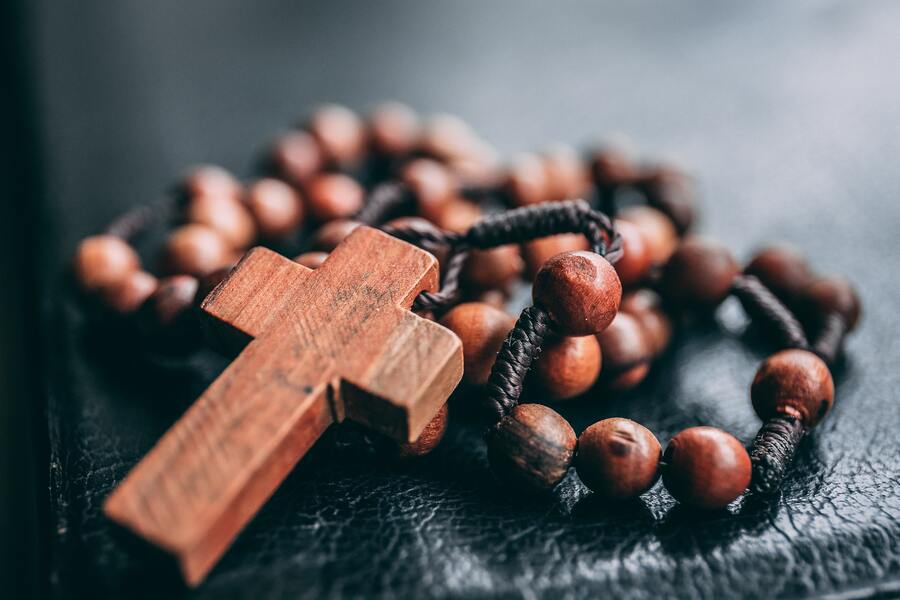 Mormon underwear is a sacred garment that is worn by members of The Church of Jesus Christ of Latter-day Saints.

The underwear is white and has special markings on it that are only known to those who have been through the temple endowment.

The underwear is worn as a reminder of the covenants made with God and is seen as a symbol of purity.

Mormons believe that the wearing of this sacred underwear will protect them from physical and spiritual harm.

After learning a lot about Mormons and their religious practices, below are my views about the Mormon practice of wearing underwear.

1) They are protecting themselves from negative energy

Mormons believe that negative energy is real and can have an impact on people’s lives.

They also believe that it is possible to protect yourself from negative energy by using positive thinking and prayer.

The Mormon temple ritual is a physical representation of the spiritual battle that takes place between negative and positive forces in this world.

The endowment ceremony, for example, teaches that we can become instruments in the Lord’s hands to help those who have become entrapped by dark spirits.

Mormons believe that everyone has the power to choose how they will react to negative energy and that we can all choose to let it affect us or not.

Mormons protect themselves from negative energy through special underwear.

The underwear is called “garments” and is worn by both men and women.

Garments are made of white cotton and have special markings that are only visible to other Mormons.

The markings are a symbol of the secret Mormon underwear.

Mormons believe that wearing garments protects them from evil spirits and helps them to stay focused on their religious duties.

The underwears of Mormons are white. Do you know why? It is because that is a sign of purity.

Mormons have a strict code of conduct that includes abstaining from premarital sex, pornography, and alcohol.

They believe that by following these rules, they are able to become closer to God.

This means that Mormons are to abstain from any type of sexual activity outside of marriage.

They also believe in being modest in their dress and actions. Mormons believe that by keeping themselves pure, they are able to better serve God and His children.

In my opinion, they wear these special undergarments to remind them of their obligation to live a pure life.

These garments are also seen as an oath of purity.

3) A reminder to keep their vows

Vows are an important aspect of the Mormon faith. This is why they wear special undergarments.

The white underwears of Mormons remind them to keep their vows.

Mormons take a number of vows when they join the Church of Jesus Christ of Latter-day Saints.

These include a vow to abstain from alcohol, tobacco, and illegal drugs; to obey the law of chastity; and to support the leaders of the church.

Mormons also promise to serve God and their fellow humans and to keep the covenants they make with God.

Mormons are known for their unique set of beliefs, which include taking special vows.

One of the most well-known Mormon vows is the Law of Chastity, which requires Mormons to abstain from sexual relations outside of marriage.

This vow is taken very seriously by Mormons, and breaking it can result in ex-communication from the church.

Another common Mormon vow is the Word of Wisdom, which prohibits the use of tobacco, alcohol, and illegal drugs.

Mormons also often take a vow to serve a mission for the church, during which they proselytize and perform service work. These vows are an important part of Mormon belief and help to create a tight-knit community of believers.

Mormonism believes that God needs to see an element of purity in whatever they wear.

This is why they chose to wear white undergarments.

Doing this not only reminds them to live a pure life. It also means that God sees them as clean. In my opinion, this is one of the reasons Mormons wear special white underwear.

Whenever you see a Mormon, they are likely wearing this undergarment.

5) They wear Undergarments to show respect for their bodies

Mormons respect their bodies. They abstain from tobacco, alcohol, and illegal drugs.

They eat healthy foods and avoid excessive caffeine. Mormons also believe in chastity before marriage and fidelity after marriage.

This is why they wear white undergarments.

Mormon beliefs about the body temple are unique.

In order to show respect for their bodies, Mormons wear white undergarments.

The undergarments serve as a physical reminder of the covenants Mormons make with God.

They also help Mormons focus on being clean and modest in their thoughts and actions.

Is it wrong to wear Special Undergarments?

Undergarments have been a part of human culture for centuries, with different meanings and purposes in different societies.

In Mormon culture, undergarments are seen as a way to show commitment to the faith and to help protect against temptation.

While there are some who see wearing special undergarments as strange or wrong, there is nothing wrong with this practice.

Mormon undergarments are not meant to be seen by others and are usually worn under regular clothes.

They are white and made of simple materials, such as cotton.

Mormons believe that these undergarments represent the purity and cleanliness that they should strive for in their lives.

Wearing special undergarments is a personal choice, and there is no right or wrong answer.

Some Mormons see it as an important part of their faith, while others may not feel as strongly about it.